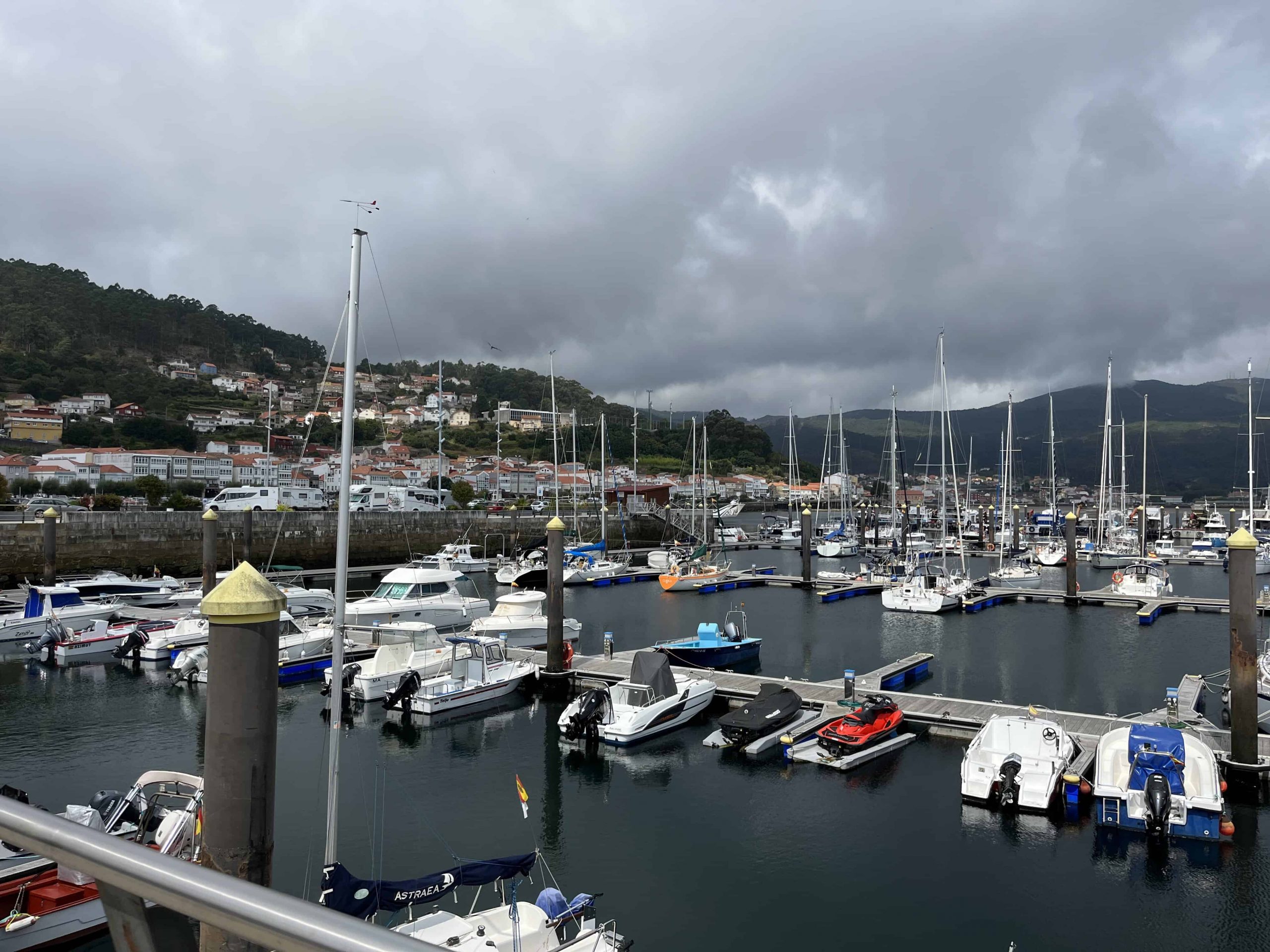 We’re a bit late, I know. We were due to set off on our ‘big adventure’ in May 2021 but with Lockdown and various other things which sprung a surprise, here we are a year late but underway.

The extra time has given up the opportunity to carry out quite a few upgrades to the boat (a Jeanneau Sun Odyssey 52.2 sailing yacht- 1999 Bruce Farr design), vinyl wrapping the whole interior in a much lighter, brighter colour wood finish, complete re-wiring, install a new radar, various major electrical system upgrades, a new oven, new fridges, new spray-hood, upgraded chart-plotter, a new anchor and chain, mounting a smart-monitor on the bulk head, complete a generator overhaul – and so the list goes on. All in all, it has been time well spent.

The story would not be complete without letting you know that we did go through a period earlier this year (April 2022) of wanting to sell the boat. This was pre-many of these upgrades and with a view to swapping out the boat for a motorhome. We fell in love with the Hymer 890 – a brand new, very well kitted-out long-distance motorhome. With the artic pack and all available system upgrades we planned to drive our way around Europe – chasing the sun for the summer and spending the winter months up a mountain somewhere, skiing. Alas, that was not to be. We were given (what I now know to be) well intended but false hope of selling our boat “very quickly” and “at the full asking price”.

The market for used both boats and motorhomes was extremely buoyant during the end of 2021 and early 2022 following lockdown and the era of the staycation. However, when it came to selling ours (after we had virtually ordered the new Hymer), we came to learn, as did others we spoke to, that the market has flattened off with the return of new boats to the market brought back too much choice. What was a sellers market turned in to a series of ups-and-downs and disappointment for us. That said, during the last potential purchaser viewing of our boat, we both found ourselves feeling rather down about the likelihood of an offer being made and the ultimate decision to sell our boat, ‘Great Escape’. We felt, although the benefits of a motorhome were many (and we may revisit this option again in the future), we would find ourselves parked up in a motorhome along a sunny European coastline staring at the boats and wishing we were on one of them. Suffice to say, Great Escape did not sell – so we happily decided that the ‘right thing’ for us had shown itself. We were keeping her – and we started to make final plans do what we had intended in the first place.

It’s fair to say, we wouldn’t be quite were we are without someone very special to both of us. During the first lockdown we go to know a man working at the marina for one of the resident charter companies – Andy. Andy became a very good friend and will always remain so. He sailed Great Escape with us from Hamble to Chatham in 2020. After just over a year in Chatham, we moved her back to Hamble for her annual lift-out and the above upgrades. It’s been so good to have Andy’s company again for a further 9 months. Had we not gone through the process of attempting to sell Great Escape (delaying our departure from May 2022 to July 2022), Andy would be with us for the first part of our journey – Hamble – Falmouth – A’Coruna (if not more).

We left Hamble at around 1145hrs, Wednesday 28 July 2022. Our send off was Andy speeding out to us as we entered the main Solent channel out of the Hamble River accompanied by Lee, Steph, Brad and fog-horn! It was sad to see him go back as we ploughed on through the waves – but he is most likely to the first to come join us for another adventure on Great Escape down in the Med.

There’s not much to tell you about long passages sailing. There are various types and sizes of waves, variable states of tide and wind, and often a requirement to motor instead of just sail as a result. The darkness during the overnight sectors can be strange and a little daunting until day-break. We laid cushions on the cockpit floor and took turns getting some rest, but we found, in the end, when the sea state isn’t relatively calm, it can be very difficult to get comfortable without sliding across the floor. Neither of us got much sleep during the first 14 hours – more like a doze here and there. Suffice to say, when we arrived in Salcombe, we both needed a good sleep.

We arrived in Salcombe at around 0900hrs, Thursday 29 July 2022. We found a peaceful and calm anchorage, dropped the hook and set about taking a shower, making breakfast and getting ready for a sleep. We were adjacent to a quiet beach at Sunny Cove with only 2 other yachts anchored. Of course, being the summer in the UK, it wasn’t long before the ribs started arriving, the beach filled up and other boats attempting to anchor (some being asked to move on as too close to others). Although it was busy by midday, it was still quite quiet so we had a lovely afternoon just relaxing and doing little else. We were in bed by 1900hrs for a good sleep ahead of our departure for A’Coruna, crossing the English Channel and the Bay of Biscay.

Leave me your email to receive new posts, tips, and special offers only for you! Don’t miss any updates!

Thank you for subscribing!

Feel free to send a message if you have any questions or comments: